WE SAY NO TO LAMLOCH SAFARI - CAPE TOWN

Don’t allow your silence to give consent

Wildlife Rights, a group of concerned citizens, call on like-minded persons to speak for those who cannot speak for themselves, especially with regards to the proposed Lamloch safari park in the Kleinmond area.

Owner of the proposed development, Craig Saunders gained notoriety in the late 1990s when he was implicated in the much-publicised Tuli Elephant abuse saga. Charges were brought against seven people after wildlife dealer Riccardo Ghiazza removed 30 young elephants from their herd and transported them to African Game Services, owned by Ghiazza.  Saunders bought five of the 30 young elephants. The National Council of SPCA (NSPCA) charged Ghiazza, Saunders and five others with animal abuse after shocking video footage showed the horrific treatment of these animals while elephant trainers endeavoured to tame and train them for the tourist industry.

After 5 years, Ghiazza and one other were found guilty of ill-treating elephants. Saunders, however was not convicted as the State could not prove the case against him beyond reasonable doubt. Today Saunders owns captive elephant facilities in Hazyview, Hartebeespoort Dam and The Crags, near Plettenberg Bay.

Wildlife Rights agrees wholeheartedly with a number of organisations including Ban Animal Trading; EMS Foundation; Future4Wildlife; Global March for Elephants and Rhinos; and Rhinos in Africa Foundation that “The elephant-back safari and interaction industry, using euphemistic language, typically claim that they ‘saved’ and ‘rescued’ young elephants from death in ‘culls’ and that they ‘provide sanctuary’.  Instead it seems that many young elephants were removed from their families in the world and subjected to confinement and cruel training”.

It states in a document prepared for Saunders, Lamloch Safari Park Evaluation and Guidelines by Conservation Management Services “The landowner wishes to introduce a group of eight elephants for the sake of tourism. The group of elephants will be accompanied by six experienced handlers. These will be previously captive elephants, now given the opportunity to be free-ranging within the elephant camp”.

Furthermore in the Standards for the Management of Elephants in South Africa (Notice no. 251, 2008), keeping elephants in captivity 23 it clearly states: - “An elephant may only be kept in captivity if - (a) it was already permitted to be kept in captivity on the date that these Norms and Standards came into effect; or (b) it was conceived naturally and born in captivity in a controlled environment to captive elephants as per the approved management plan.” Saunders is yet to disclose where these eight elephants will be brought from and when they were captured and domesticated.

In the NSPCA’s report - More Wild Animals Condemned to Imprisonment - they state their grave concerns regarding the proposed establishment of Lamloch Safari Park. It reads: “By the name alone, it gives the impression of the true South African Bush setting, but in reality, it is a zoo that is designed for wild animal interactions and a life in captivity.” Additionally it is noted that the NSPCA believes that the area intended for this is inadequate and unsuitable for the species, which will substantially compromise the animals’ welfare.

Wildlife Rights encourages the public to consider the ramifications of this proposed captive wildlife enterprise and to make their voice heard. Visit Wildlife Rights website (www.wildlife-rights.com) and sign the online petition or send objections to adel@dougjeff.co.za.

Several articles have been written pertaining to Saunders’ proposed Lamloch Safari Park and captive elephants. These can be accessed below:

The Truth behind Elephant Back Riding in South Africa - Travindy

Although this story won prestigious internal awards, it is one story that Carte Blanche wishes it never had to cover - the abuse of the Tuli baby elephants.

The Elephant in the Room 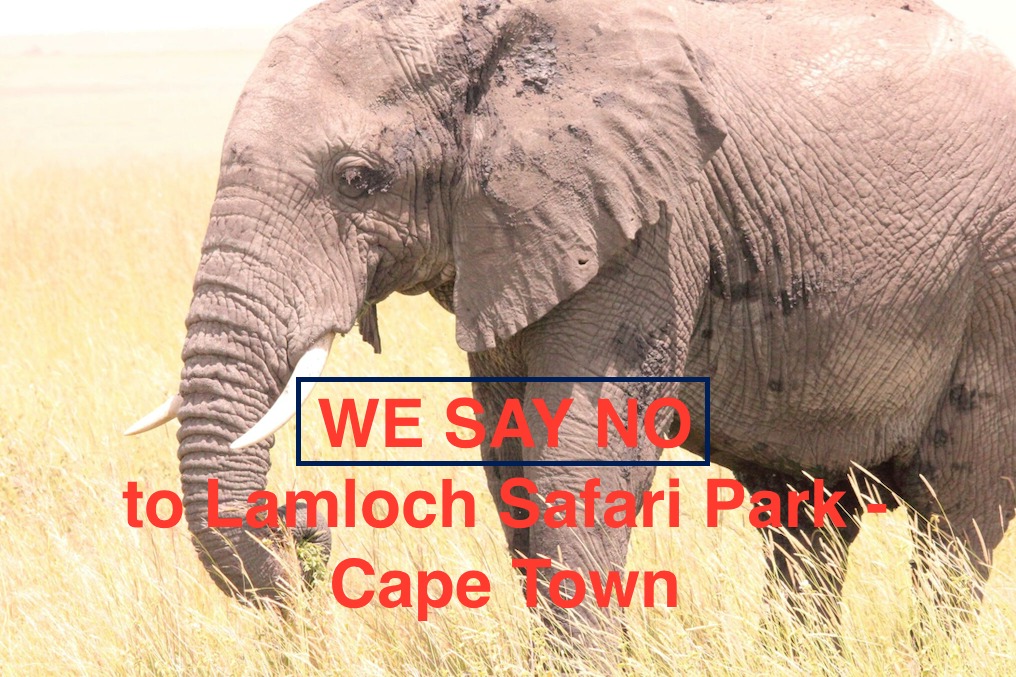